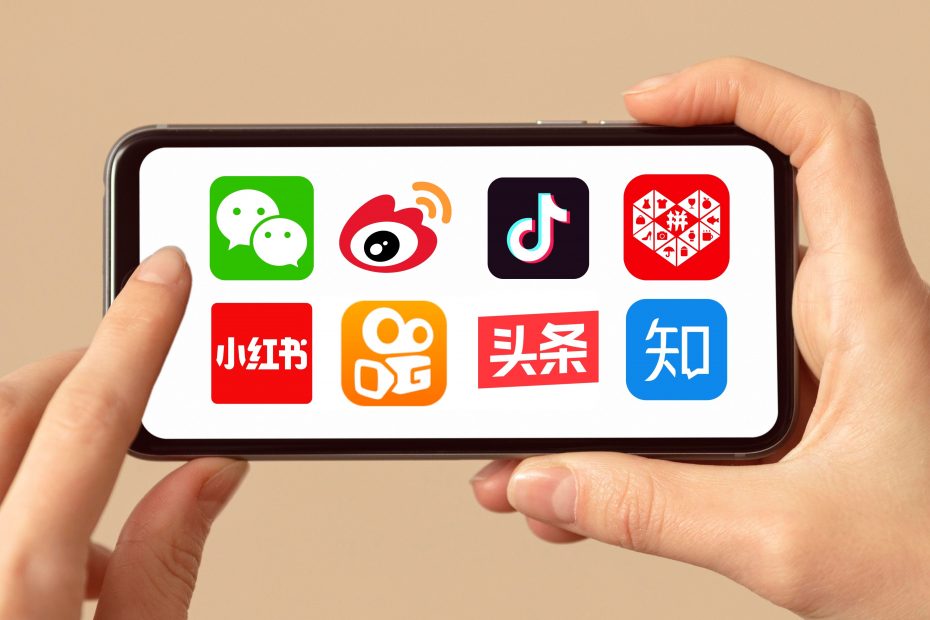 China, a country with the world’s biggest social media market, a country that is a decade ahead in social-driven sales with highly engaged users, offers immense possibilities for foreign brands, once they grasp its specifics and its varied market composition. Due to the Chinese Great Firewall, China has engineered its own world of social media, comparable to the western social media landscape, but where the landscape is multifunctional, as well as more competitive, diverse, and dynamic.

Social commerce in China constitutes 11.6% of retail e-commerce sales, with just over $186 billion in 2019. Live broadcasting of products, and how to use them, has transformed shopping into a new form of entertainment, where the line between socializing and shopping becomes blurry. The never-ending stream of packages arriving at people’s doorsteps day after day makes sense in China – the delivery fees are cheap (or even for free), thanks to the high population density. Moreover, the rise of a new consumer class – wealthy, educated, and connected millennials – made the e-commerce boom even more possible.

Who Are the Giants in the Game?

‘Facebook on steroids’ with 1.165 billion active users ranked 4th among the world’s most popular social media platforms for 2020. The most active all-in-one platform in China itself offers mobile payments, mini-programs e-commerce, games, ride-hailing, paying utilities, food delivery, to name a few. Thanks to its huge user base, e-commerce on Wechat has been flourishing. As for brands, 34% of WeChat official accounts say they managed to cut costs by using the platform, compared to using propriety apps, with a high satisfaction rate.

Through WeChat’s ‘Mini Programs’, brands can reach customers, ingeniously doing so by having a ready-made audience with the benefit of cost-effectiveness. In other words, this way businesses no longer need to launch their app, as WeChat’s mini-programs take care of that. The average user opens 4 mini-programs daily (2018). By 2019, mini-programs had 746 million active users, marking 51.9% growth over 6 months. By 2020, there were more than 840 million users and 3.2 million mini-programs on WeChat. Pinduoduo’s mini-program ranked first among leading WeChat e-commerce mini-programs in 2019.

In the 2nd quarter of 2020, Pingduoduo, the Chinese e-commerce platform, had roughly 643 million monthly active users, marking 50% year-on-year growth. With their unique take on the social commerce business model, users invite their friends or they join other users for a ‘group purchase’ to get a cheaper price.

Following Pingduoduo’s success, JD, a Chinese e-commerce giant, launched its own group purchasing platform ‘Jingxi’, with some success during 2019, using its own logistics infrastructure and allowing third-party offers. Alibaba’s ‘Juhuasuan’ is lacking behind, and it’s not allowed on its rival WeChat app. Alibaba used Juhuasuan and the group purchasing concept to have a go at a new direction of e-commerce, which is fresh produce.

Launched in 2009, the ‘Chinese Twitter’, leading micro-blogging platform in China, where users are allowed to post between 140 to 2000 Chinese characters in a single post, with images, gifs, or videos. It has made its way to become a space for free speech. As of the third quarter of 2020, Weibo’s monthly active users added up to around 523 million, 14 million increase compared to the third quarter of 2019.

As of July 2019, the cross-border e-commerce community platform had 300 million registered users, the number of users tripled in one year since the previous year. You can imagine it as an all-in-one platform, partly a social media platform, and partly an e-commerce platform. To compare with Western platforms, you can think of it as Instagram meets Pinterest meets Amazon. The platform was introduced in 2013.

Talking about marketing products through user-generated content, Chinese social media apps have integrated the sales in the process. Douyin, seemingly very similar to its international version TikTok, still, Douyin has its own in-app store, where users can instantly buy the products they as seen in the short videos.

Kuaishou implements the same concept as Douyin, but with the focus on rural audiences living in smaller, less cosmopolitan cities. While underestimated by foreign brands, more than 262 million Chinese users check the app 10 times a day on average. The platform has done a good job converting viewers to shoppers, $51.5 billion worth of goods were sold through live streaming (to compare with Alibaba’s $77.4 billion sales or Douyin’s $30.1 billion sales) in 2019. Interestingly, it has more paying users compared to any other app in the world, mainly thanks to users who ‘tip’ content creators if they like them.

This news and information content platform powered by AI literally translates as ‘today’s headlines’. It is China’s largest mobile platform of content creation, aggregation, and distribution, with more than 100 million daily active users, with an average of 76 minutes spent on the platform by users in 2018 (surpassing WeChat’s 66 minutes). The majority of Toutiao users are young people between the ages of 18 to 30, with jobs such as freelancers, self-employers, or company owners. The platform is targeting 1st and 2nd tier cities. All in all, Toutiao is believed to be a great advertising platform for B2B companies.

What makes Toutiao stand out is that it has no editors and writers, all of its content is generated through its complex AI algorithms. So how exactly it works? First, The AI analyzes users by their locations and click and browser history, Toutiao then recommends the videos and articles to its users accordingly.

Toutiao is not a cheap alternative to Weibo or WeChat though. In fact, the minimum price for advertising on their platform is not low. However, because of their AI algorithms, Toutiao offers a rich and powerful audience targeting. The audience can be targeted by gender, age, interest, keywords, city/region, time of day, weather, occupation, phone operator, phone system, phone brand, or internet provider. Placing ads or advertorials through the platform can indeed have a remarkable impact on your business if you want to get your name out there.

Chinese social media landscape can be difficult to navigate through and CzechCham is here to help you to choose the best possible channels for your business and your brand to strengthen your marketing efforts in China with one of our digital marketing packages.