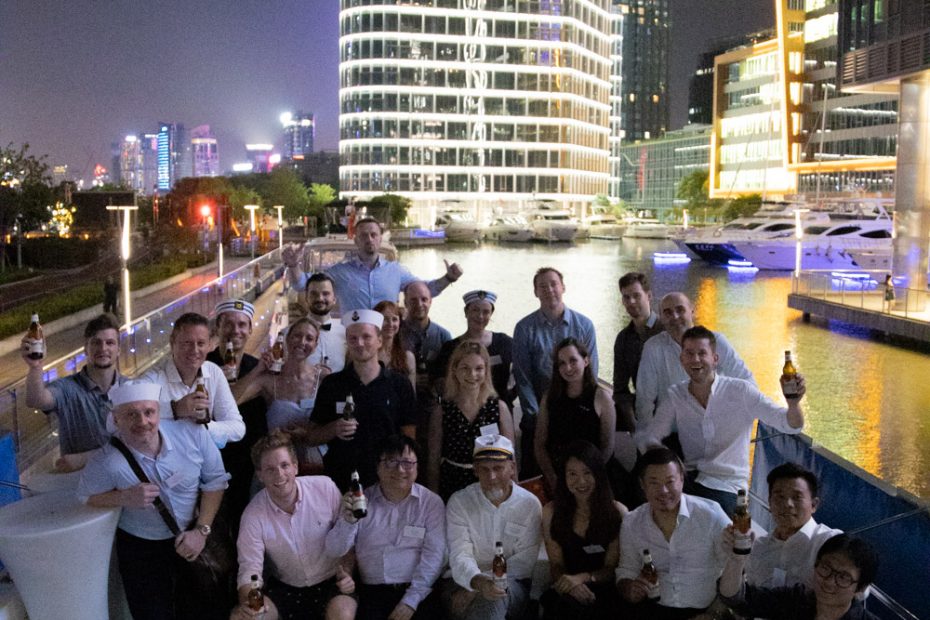 On August 14th, CzechCham hosted its first member networking event this year, which took place on a Huangpu river in Shanghai, with amazing views of the night Bund.

After a welcome note from CzechCham’s executive director, Mr Lukas Hlavac, one of the CzechCham’s founding committee members, Mr Tomas Tauchman have paid a tribute to the soon-to-be leaving Consul General in his speech, thanking him for all the accomplishments during his term, his role in expanding the Czech tourism market, as well as his continuous efforts to bring the Czech community in the Yangtze river delta together.

The Consul General then gave his farewell speech, reflecting on the significance of CzechCham, as well as his belief in the chamber’s important role in the Czech business community.

CzechCham would like to thank Pilsner Urquell as the sponsor of the event, and the chamber’s platinum sponsor SKODA/SAIC Volkswagen. Special thanks to PROPEA Program for supporting economic activities of Czech firms abroad.