Humanitarian Aid for the Czech Republic 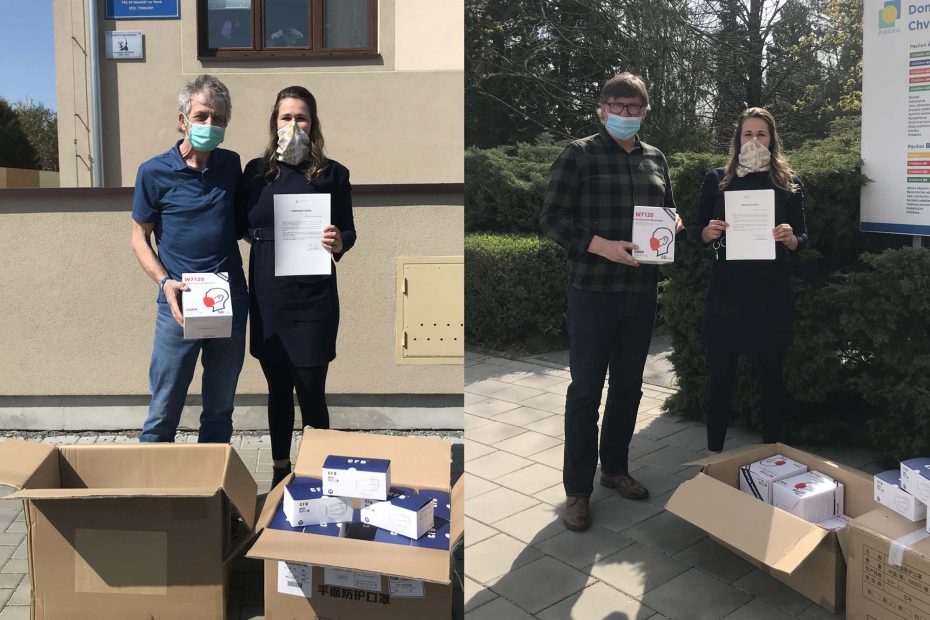 To donate to the homes for the elderly came after careful consideration, given the fact that social care providers, such as the homes of elderly, would be in the second or third wave of distribution of PPE in the Czech Republic. Seniors are among those most vulnerable and in need of protection against coronavirus, however, some facilities for the elderly were reported being left without an adequate supply of PPE. Similarly, a poll conducted by Seznam.cz for the Association of Social Service Providers showed that in March, three-quarters of social service providers had less than 100-piece supply of disposable masks and hardly any respirators.

With this donation, the Czech community in China has expressed their concern for the safety and health of all Czech citizens, showing their support to the homes for the elderly and all their dedicated staff fighting the COVID-19 pandemic, taking care of those in need.

The Consulate General of the Czech Republic in Shanghai has published a press release about the donation on their website (in Czech language).